The third season of a popular HBO drama has found its footing in the charts.

It was inevitable and it took only nine days. Acclaimed TV show about the Roy family, the dysfunctional owners of Waystar RoyCo, a global media and entertainment conglomerate, who are fighting for control of the company amid uncertainty about the health of the family's patriarch. Needless to say, Succession was an instant hit for HBO when it premiered three years ago and the third season was hugely anticipated. The Show has very loyal followers and was expected to top the charts, the only question was when. It took nine days to do just that. Succession debuted globally at fourth place on October 18th and jumped to first yesterday, defeating Pretty Little Liars. It also became number one on iTunes, narrowly beating Grey’s Anatomy.

According to our data show is immensely popular in Asia (Hong Kong, Indonesia, Singapore, Malaysia, Thailand and Phillippines being the strongest markets), Australia and the United Kingdom. HBO is obviously very happy with the numbers because on the same day they renewed Succession for Season 4. According to HBO, the first episode of Season 3 drew a series-high viewership of 1.4 million viewers across HBO’s platforms. It is supposed to be the best premiere-night ratings of any HBO series since HBO Max launched in May 2020. 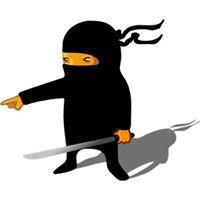